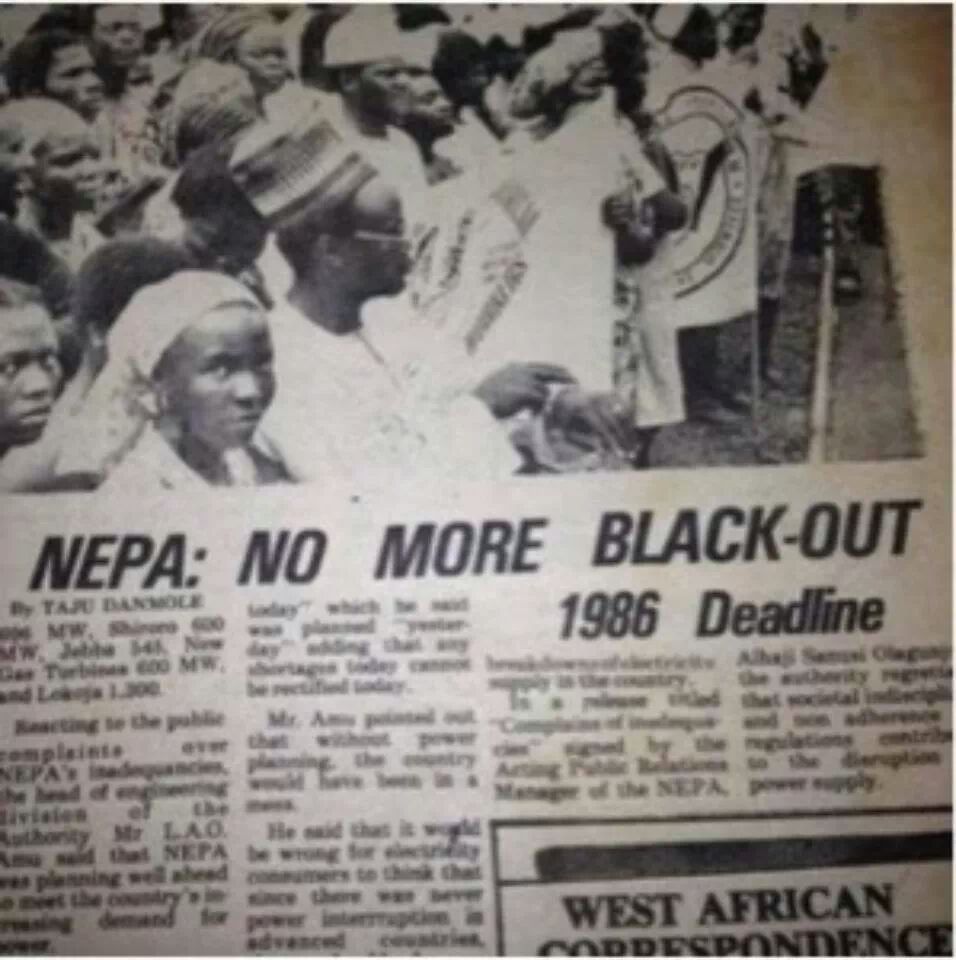 This blog post was published in February of 2014. Rings true three years later

This article tells a story that we continue to hear in 2014. If you take time to look at the article you will notice that power generation at the time of the article was was a little over 3000 MW. Today more than $40 billion later it hovers between 2000 and 4000 MW. Earlier in January it fell to 1600 MW.

It is sad that we have a generation of Nigerians who have never experienced steady electricity.

There were always good reasons given for power failure. When I was growing up, it was Kainji Dam. The water levels were too low to generate power, then the story changed. It became poor maintenance. The generating equipment had not been updated or properly maintained. So a few of them had to be taken offline for repairs. The government of the time wanted to be praised for servicing the equipment and appropriated huge sums of money.

The promises continued. The old coal fired plants were no longer part of the discussion. The new craze were gas fired power plants. While they were being constructed, the new culprit were people who stole the power transmission lines, or the Niger Delta militants who stopped the flow of gas.

The story changed to gas prices were too low and the Multi-Nationals preferred to sell the gas to outside markets for a higher price. President GEJ fixed that with a new pricing regime and gas prices went up.

Today, it is sabotage of one gas feed line at multiple points. Which genius plans to have one gas line feed multiple power generating stations? In a country with a history of sabotage, what is plan B and plan C? Does it make you wonder if these excuses are genuine or just one more way to make people feel that someone else is responsible for the suffering they endure?

I am sure you each remember a story you heard to justify blackouts in Nigeria. Share them please.

In a country were the majority believe that there are evil doers lurking and waiting to do them in, it is no surprise that those that rule have jumped on the band wagon.

Many of you have waited a life time and I am sure many more will wait just as long for a fix to the power devil. We have a fix for you today.

Our RaLiza basic and Premium line of power solutions gives you electricity with no excuses. You come home you flip the light switch and what happens the world over happens for you.