Just last week, an African based solar system startup, Off Grid Electric, raised $55 million in Series D round. This is one of the largest fundraising rounds ever and it was led by Helios Investment Partners, including GE Ventures, the venture capital subsidiary of General Electric Company.

A new World Bank report “Off-Grid Solar Market Trends Report 2018” recently released states that more than $500 million has been raised from investors in the past two years showing increasing interest and commitments in this sector. In 2017, the global off-grid solar (OGS) sector provided improved electricity access to an estimated 73 million households, or over 360 million, transforming lives that were previously reliant on kerosene and solid fuels for most of their lighting needs.

The Pay-As-You-Go (PAYGO) segment has been the main attraction of investors in Sub-Saharan Africa. From 2012 to 2017 PAYGO businesses raised USD 773 million, equal to ~85% of all funds raised. These investments are highly concentrated, with just four companies accounting for 67% of total PAYGO investments.

Here is a picture of PAYGO players by country, and geographic share of the PAYGO market 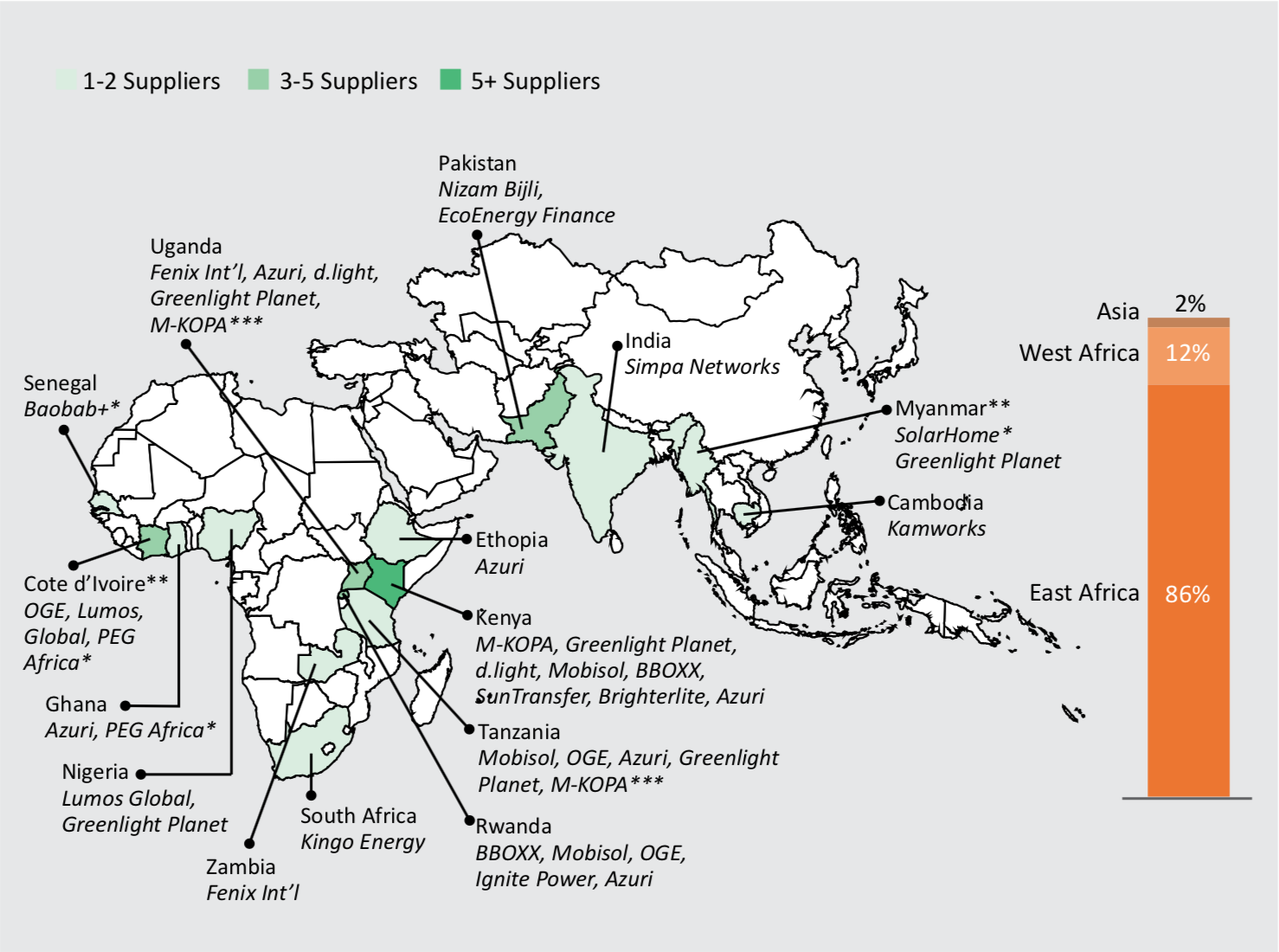 East Africa has accounted for over 80% of the decline in the number of people without access in Sub-Saharan Africa since 2012. And has been the result of three major factors: