Last year, Tesla merged with struggling SolarCity, making Elon Musk CEO of both companies. The tie-up hasn’t hurt Tesla in 2017 as the company’s stock has surged above $300 per share and the combined enterprise hit a market capitalization of over $50 billion.

That doesn’t mean it wasn’t a terrible deal. Tesla’s balance sheet instantly became loaded up with SolarCity debt, and what had been primarily a carmaker was suddenly responsible for rolling out a new solar roof product, at a time when it should have been all-hands-on-deck to launch the Model 3 mass-market vehicle. 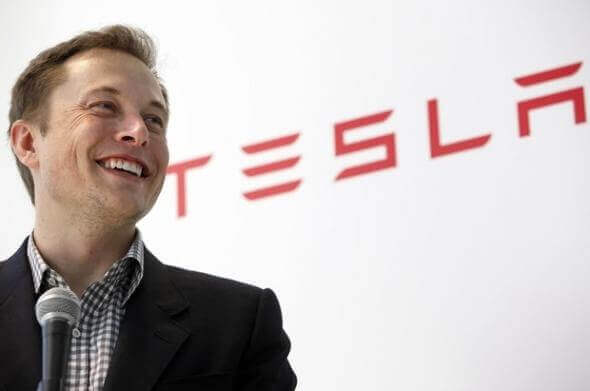 The Model 3 is woefully behind schedule at this point, and although the solar roof is compelling, The Solar City side of Tesla business isn’t any more coherent than it was a year ago.

Musk is also CEO of SpaceX, and last week Morgan Stanley analyst Adam Jonas teased a merger with Tesla , arguing that such a deal would yield powerful synergies. The financial mechanics of how a SpaceX-Tesla merger would happen are both speculative and unclear; in July, SpaceX raised $350 million, bringing it valuation to $21 billion. An IPO has long been discussed.

Musk might not want to run two public companies.

But maybe Musk doesn’t want to be running another public company. He’s expressed some exasperation with playing that role at Tesla, where investors have the carmaker under constant scrutiny and short sellers are always circling like sharks. SpaceX’s mission is ultimately more ambitious than Tesla’s – the whole go-to-Mars thing – and the company have been wowing the the space community by routinely launching and landing rockets.

Tesla doesn’t have enough cash to buy SpaceX outright, so investors would have to accept a largely stock-based deal, and that might make sense to many of them: since its own 2010 IPO, Tesla shares have returned over 1,ooo%, and several analysts have said that the stock hundreds of dollars of upside potential from its current level.

Managerially, putting all the pieces of Musk’s master plan – electric cars, solar power, space exploration – under one roof could ease the anxieties of anybody who thinks he’s now stretched too thin.

Unfortunately, a Tesla-SpaceX merger would raise a major issue: unlike SolarCity, the company wouldn’t be shifting a massive amount of debt to Tesla’s balance sheet, but it would be shifting monumental risk. Space is dauntingly expensive when everything is going right but ruinously costly when things go wrong. That’s why governments, for the most part, have been the only ones aiming for large-scale goals in the final frontier. Tesla-SpaceX would expose Tesla to colossal losses at a time when it’s already posting record negative earnings.

There are some serious positives in a merger.