To sustain the growth profile of alternative energy systems like solar power, experts have stressed the need for the deployment of effective and quality energy storage systems like batteries. 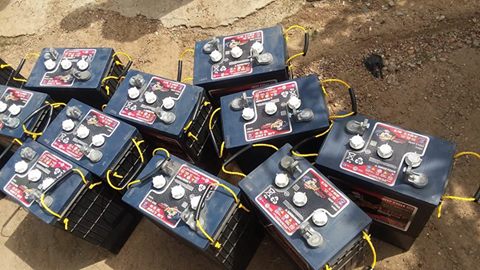 However, there is an area of concern that seems to be challenging among a small but vocal number of customers. Because solar panels generate electricity only when exposed to sunlight, they are heavily reliant on an energy storage medium to store the power generated during the day for use at night. This is where batteries become very essential for solar power systems

There had been much development in battery energy storage for solar power applications globally. Batteries have been found to ease the deployment of solar to both the most advanced societies and the most remote parts of the world.

This is quite understandable due to its significant role of storing power and providing power backup at night or on cloudy days.

Due to lack of technical know-how some installers fall short of taking the necessary steps to determine the suitable battery storage capacities needed by their customers. Failure to do this, results in poor performance and total energy discharge, which ultimately lead to shortened battery life. Many are found in this situation because they failed to engage the service of quality providers.

Apart from achieving power independence, many customers confirm there has been money savings and elimination of noise from generators by going solar using quality batteries like US flooded batteries.