Balikis Muritala lives in Ajegunle, Lagos State, fries and sells yam for a living, makes less than $2 a day, and finds it hard to send her children to school.

It’s almost impossible for her to meet up to the school fees demand of $22 per term (a term is 3 months). Neither she nor her husband makes enough. Life is hard for them, as it is for most people in Africa’s most populous nation and the poverty capital of the world.

Nigeria, Africa’s biggest economy, is bedevilled by an alarming rate of out-of-school children (10.5 million) and recently tagged the Poverty Capital of the World by World Poverty Clock, estimating that 91.5 million of her people live below the poverty line as at March 2019. 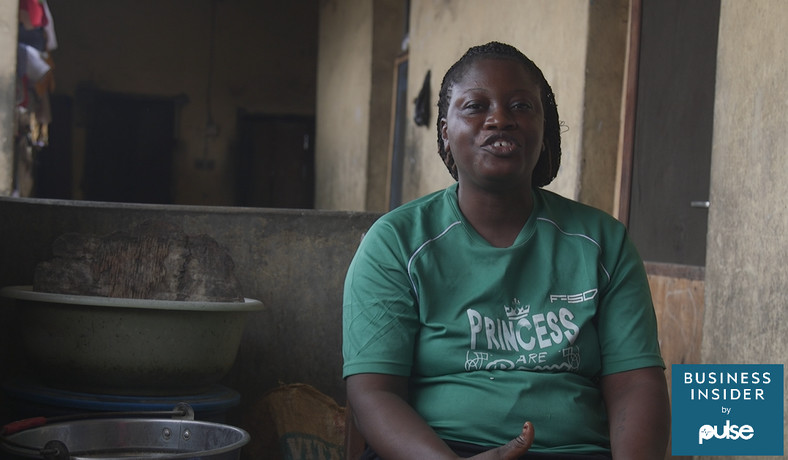 Mrs Balikis Muritala, one of the parent benefiting from the pet to school fees iniative

Muritala’s family is one of the many Nigerian families who can hardly send their children to school. 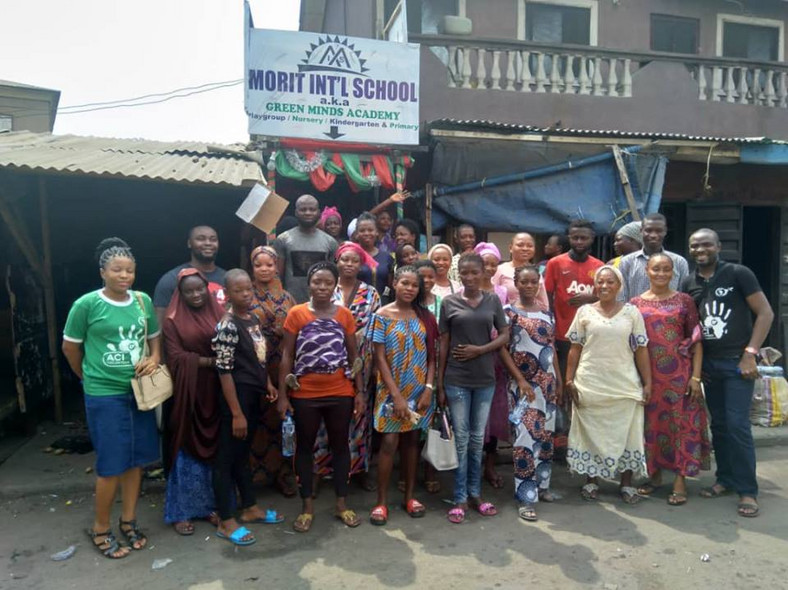 Members of the PTA at Morit Intetnational School after a meeting with the NGO, African CleanUp Initiative (Facebook/Patrick Mbaramba)

To solve this problem, Morit International School, a private school in Ajegunle teamed up with an NGO, African CLEANUP Initiative, to allow parents who are unable to afford school fees for their kids pay with plastic bottles through an educational solution called RecyclesPay Educational Product. 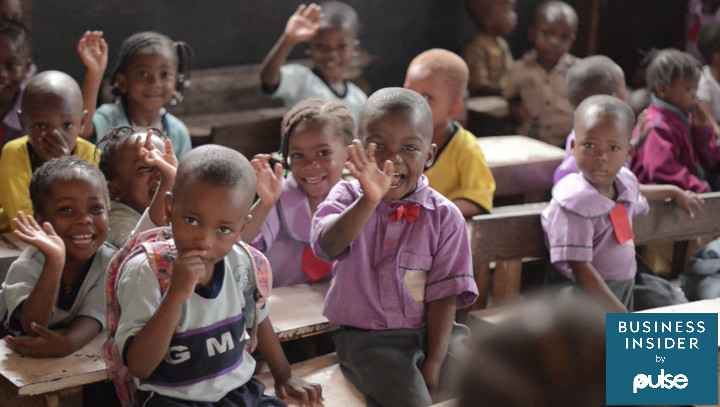 RecyclesPay is an initiative created to provide solutions to educational, environmental and climate issues around the world. Alex Akhigbe, the executive director of ACI, says it is one of the ways of giving back to the community. The NGO, according to Akhigbe, serves as a linkage between the school and the recyclers with the aim of getting 10,000 children off the street next year.

Speaking on the idea of exchanging bottles for her children’s access to school, Mrs Muritala says that at first she felt shy picking bottles off the road and neighbouring streets. “Before now I used to feel shy picking the pet bottles. But now, I have seen value in those waste plastic bottles.

“Paying school fees is not an easy thing for me and the pet bottle idea has actually reduced this burden for my family. We have no stress running after school fees anymore, we now use little profit we get from the yam to feed and take care of the household,” she says.

She also explains how her customers help her in getting the bottles and in exchange for some extra pieces of yam.

Hajia Ajara Mohammed, a housewife, says the pet bottle initiative has helped her to cushion the cost of school fees on her family.

“We are grateful to the school for this initiative especially some of us with more than two children.”

How they get the pet bottles – indirectly solving environmental challenges

Most of the parents we talked to said they have inculcated the habit of picking waste bottles around their environment to help pay their children’s school fees.

“We pick bottles off the road, collect some from our neighbours and save them for the school. My children also help sometimes. My family has imbibed the habit of keeping pet bottles after we empty the content. My husband also assists,” Hajia Mohammed tells Business Insider SSA by Pulse in Pidgin.

Mrs Muritala says, “When they first started it [the initiative], it did not look ideal (the act of picking up the bottles seemed uncomfortable to her), but later I joined them when I saw other parents making use of the initiative instead of looking for school fees for their children.

“Most of my customers help me with bottles. I now give them extra pieces of fried yam or potato for helping me out.” 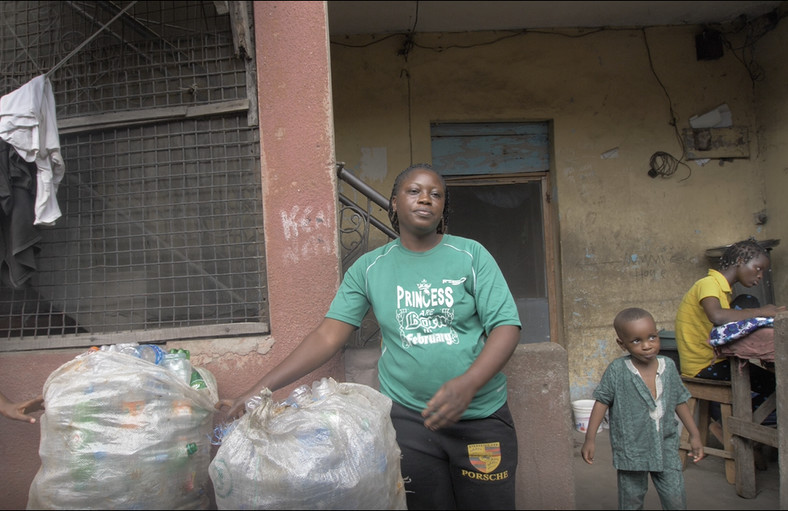 She says she sometimes fights people for the pet bottles around her community because she has realised their importance.

The initiative is coming at a time when global attention is turning to waste pollution amid environmental concerns endangering nature and human existence.

According to recent research conducted Intergovernmental Science-Policy Platform on Biodiversity and Ecosystem Services (IPBES), plastic pollution has increased tenfold since 1980.

Last year, the United Nations called for proper disposal of plastic waste, saying more than 8 million tonnes end up in the ocean.

António Guterres, Secretary-General of the United Nations, during the World Environment Day 2018, said a healthy planet was essential for a prosperous and peaceful future. In the same year, the United Nations and the European Commission jointly hosted an event at the United Nations HQ to launch Global Plastics Platform to fight plastic pollution together. 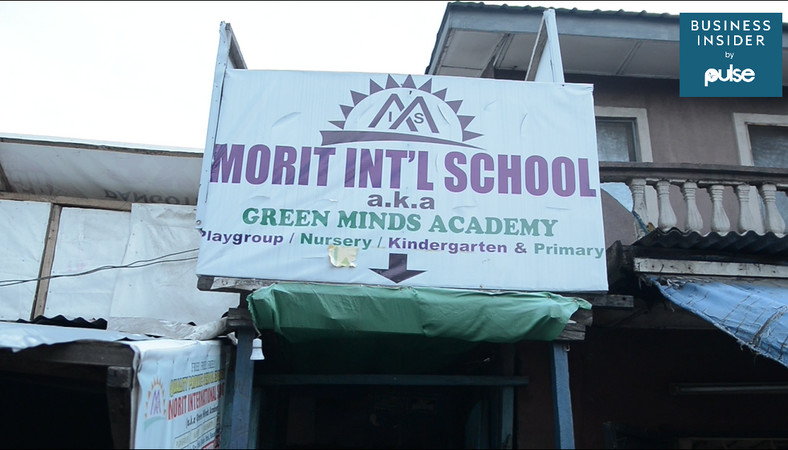 Patrick Mbamarah, director at Morit International School, narrates how the idea began and how the school is contributing to reducing the rate of out-of-school children in the country.

“In the past, I used to have challenges collecting school fees from the parent but later realised that these parents genuinely did not have the money and want to make sure their children are educated. 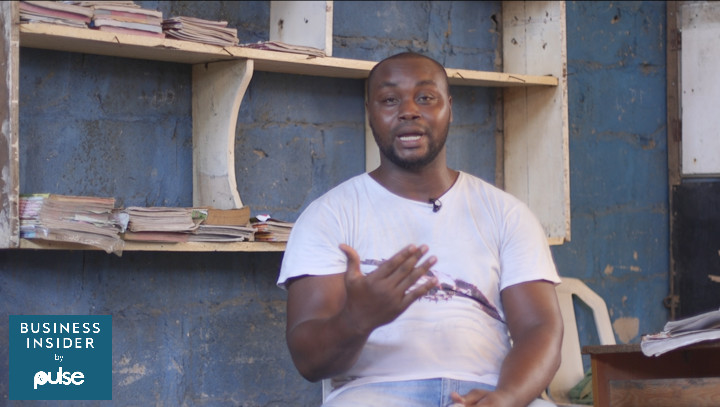 “This development made us (the school management) after meeting with the parents and teachers association to key into the recycling waste initiative in exchange for school fees with African Clean Initiative (ACI).”

He says because of the initiative, the school is oversubscribed as a naira is equal to a bottle and more plastic bottles means more school fees.