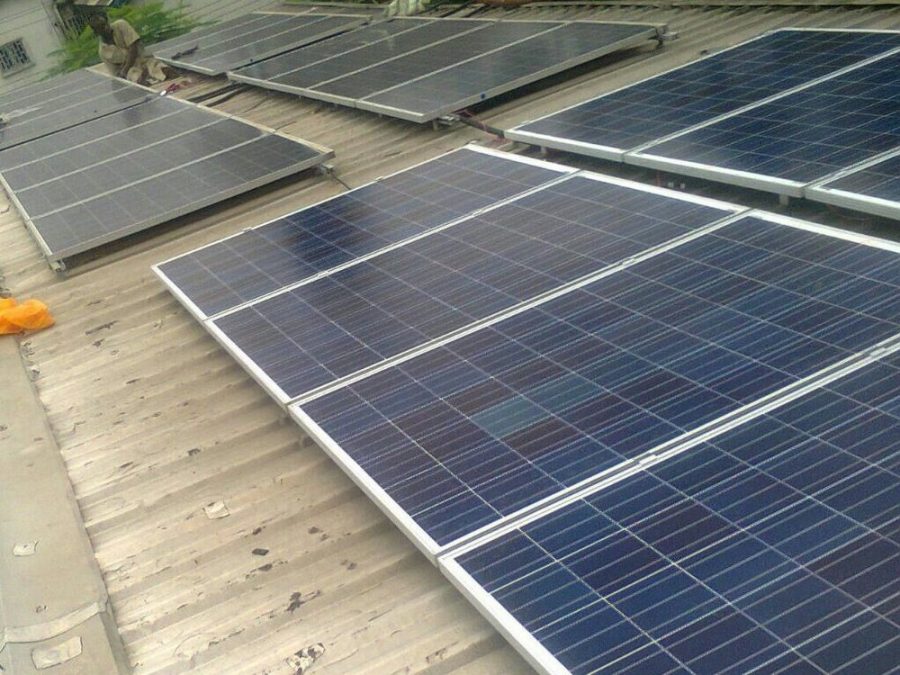 Lengthy power cuts are pretty much a daily experience in Nigeria. The country’s epileptic power supply has been identified by businesses as the second biggest obstacle to doing business in the country, after a lack of access to finance.

This unreliable power supply is a major hindrance to Nigeria’s economic growth. It also costs the country an enormous amount of money. Quoting Nigerian government data, the International Monetary Fund (IMF) says that a lack of access to reliable electricity costs Nigeria an estimated US$29 billion a year.

The situation comes with environmental and health risks, too. Many individuals, households and organisations have resorted to fossil-fueled generators. Nigerians spend an estimated US$14 billion a year on small-scale generators.

The country’s current power generation capacity, according to the IMF, is about 13,000MW. But often electricity generated and transmitted is below 4,000MW/hour. Nigeria’s generation capacity is comprised of gas-fired and hydro power stations. However, the system operates well below capacity. This is partly because of problems with gas supplies to fuel the power stations.

That’s where solar power comes in. It holds enormous promise for addressing Nigeria’s unreliable energy supply. Estimates suggest it could increase the availability of electricity to almost 80 million people who currently have none. It could also diversify the country’s energy portfolio. Most of this promise is based on the fact that solar-based generation capacity can be built up far quicker than traditional power plants. It can also be built in chunks, starting small and adding on the capacity as time goes on.

Solar can also be connected to a country’s electricity grid. Or it can be run off the grid. This makes it the most practical option for improving access to electricity across Nigeria. It can also be used on its own, or as part of a hybrid mix with other technologies.

Cost-effective and reliable
I conducted a case study with some colleagues to ascertain the economic value of solar power to Nigeria. We calculated that a transition to solar-based energy could reduce the country’s electricity costs by up to 132%.

These savings are based on the current cost of running Nigeria’s electricity grid supported by petrol or diesel generators used by businesses and households.

The other advantage of going solar would be its impact on the cost of generating and distributing electricity. Solar costs are coming down. They have become cheaper than the fossil fuel alternatives, according to the International Renewable Energy Agency. The agency, an intergovernmental organisation, supports countries’ transition towards sustainable energy.

The huge gap between the tariff and operating costs has meant that Nigeria’s privatisation of its electricity sector has not delivered improvements in the availability of reliable electricity. This is in part because the electricity distribution companies inherited a derelict infrastructure from the Nigerian government through the National Electric Power Authority, which was unbundled in 2005 and privatised in 2013. They cannot afford to upgrade this.

It’s also because power consumers are not willing to pay for an unreliable electricity supply.

Its potential in application
Solar-based energy, especially when done on a large scale, can contribute to reducing the cost of generating and distributing electricity in Nigeria.

Renewable technologies could also help to develop an electricity market where those producing surplus energy can sell it to those who have a shortfall. Currently, such a market is limited by the conventional grid systems. These are designed based on centralised big power plants and a one-way flow of energy from the power plants to the customers.

Also, the design of conventional electricity grids is such that they are only stable to the extent that demand and supply is well balanced. They are therefore not well suited to the intermittent supply of electricity that renewables generate. The solution to these limits of conventional grids could be micro-grid clusters that can source energy from a variety of independent power producers.

The potential for building solar units in small chunks and adding more capacity as time goes on makes solar-based power generation ideal for plugging the gaps in Nigeria’s energy requirements. It is the most technically feasible and cost-effective solution to the challenge of extending electricity to 80 million people who are currently without access to energy. Solar, in combination with other technologies, can reduce the cost of doing business in Nigeria.